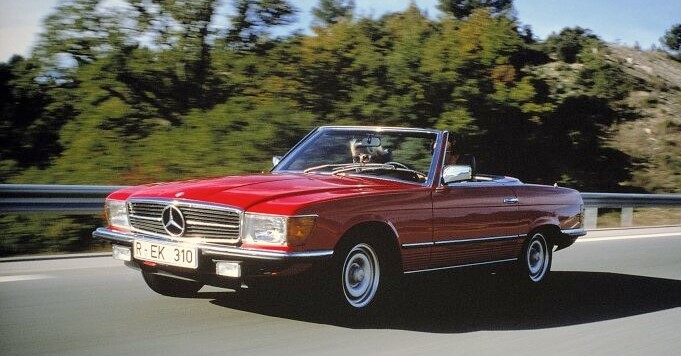 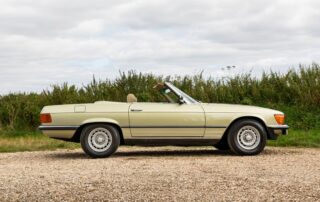 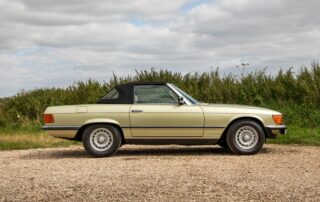 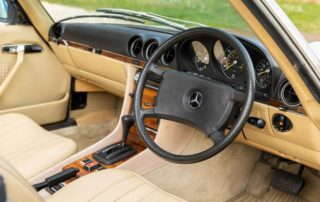 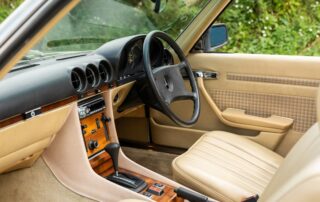 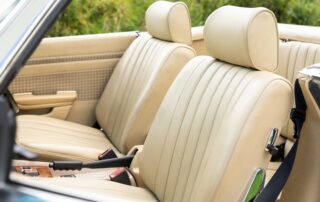 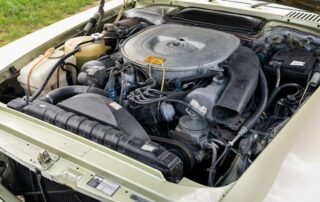 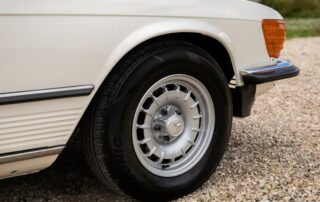 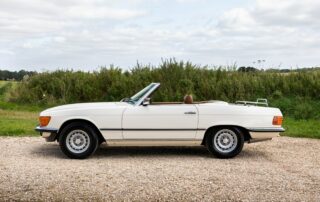 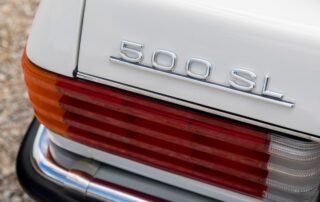 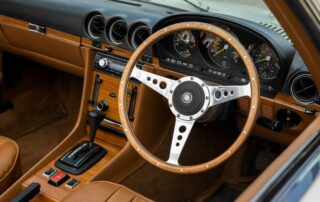 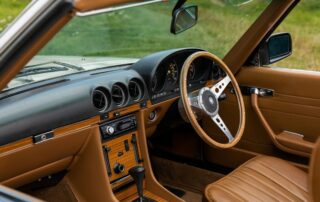 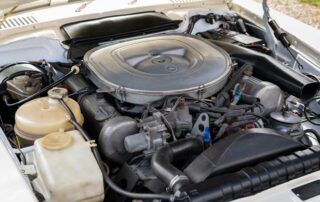 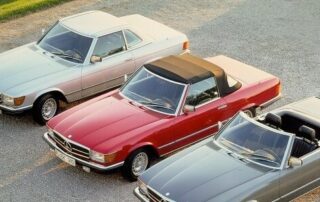 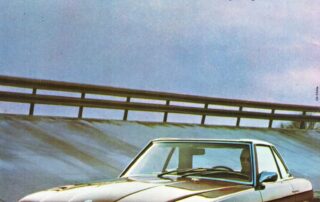 I won’t lie, I'm not a massive Merc fan, but there's no denying that the Mercedes SL classic is a handsome chap.

Super-car looks combined with old-skool Mercedes engineering makes the Mercedes SL classic one of the most attractive and practical classic car roadsters you will ever own. You’ll be hard pressed to find a more bomb proof classic than a Mercedes SL that was built when the German company was run by engineers, not suits counting beans.

Of all the classic cars in the UK we get asked about for buying advice, the Mercedes SL classic (R107) is one of the most popular classics. First things first. We’ll refer to it as an SL. Jargon terms like Mercedes ‘R107’ are not for us. The other thing we’ll clear up for you is the daunting array of ‘models’, options, engines and stories, some which can put people off owning and enjoying a wonderful classic.

In terms of model series, there is only one, really. People often refer to a Series I and a Series II but it is nowhere near as clear as that. Mercedes did a brilliant job of subtly refreshing and updating the Mercedes SL throughout its life without major change. The ‘series’ term comes from vehicles built between 1971 – 1985/6 and then 1986 onwards. In 1986 MB updated engines and more importantly the production of the body which now included comprehensive cavity wax injection along with galvanised steel for many sections of the body. However, put the two cars side by side and it’s hard to tell the two apart, unless you’re good at those ‘spot the difference’ competitions or ‘where’s Wally!’

The engine variants for the Mercedes SL classic are very straightforward. A straight six or a V8.

The original options list is a little bit mad, to be honest. There were about 10 options ranging from colour and metallic paint to chrome bits on the inside door handles or pieces of rubber around the door mirrors and many combinations of all of them. Don’t get hung up. All the SLs are smashing cars.

Now we’ve cleared up the confusing models, engines/badge numbers and options list for you, the other question potential buyers ask us about this classic is the “stories” they’ve heard and what goes wrong.

Accentuating the positive in life is what we do, so let’s start there. Not very much goes wrong to be fair. The German over-engineering is legendary and it shows today. Mercedes SL classics have the ability go on and on and on.

One of the big fear stories about the SL is dampness in the interior. Don’t panic. It can be as simple as a rubber weatherstrip. In more extreme cases on early classic SLs it can sometimes, but not always, be a perforated bulkhead. If the bulkhead does have more holes than a Yorkshire Tea teabag, it is fixable but proceed with caution. However, if everything else about the Mercedes SL is ‘right’ including the price, you might be tempted. If you’re not sure, give us a call and we’ll help you out.

Ticking from the engine in another story people worry about. Again, it could well be something very simple. The V8’s can sound a bit tappetty from the top. Often enough, a good quality oil change stops the tapping! A ‘clonking’ over bumps is another story people hear and worry about. Our advice? Slow down over bumps! Seriously, this can be as disastrous as perished anti roll bar rubber. They can be sorted easily and very cheaply.

We never tire of saying the Mercedes SL classic was massively over-engineered and for that reason the SL is a very resilient and reliable classic car.

What about the joy of owning a classic SL, because they are a joy.

In German, SL means Sports-Leicht. We’ll let you into another secret. They are neither light nor sporty, at least not in the sense of a Lotus Elan is light and sporty, but they are an uber-cool, graceful Grand Tourer. Hood up or down, the SL has remarkable poise and stability. There is no scuttle shake common on some other convertibles. The ride is refined and very comfortable so much so, many owners describe driving the classic Mercedes SL as floating.

The steering is light, but accurate and being positioned behind that big steering wheel peering over the long bonnet swanning along a country road is sheer joy.

Whatever engine model you choose you won’t be disappointed. All of the SL engines have an impressive turn of pace. With the hood down you’ll be very pleasantly surprised how quiet the car is. It is best driven hood down and wafting. But if you need it the classic Mercedes SL will easily cope with a bomb along the motorway to the coast. Once you get where you’re going, wafting in an SL you could be anywhere. For example, as you swan along Scarborough Sea Front you could easily be in a series of Hart to Hart (minus the sunshine)!

Which Mercedes SL classic should I buy? The one that suits you! There are myriad of colours and options and price levels. There is genuinely an SL for everyone’s budget.

The Mercedes SL stayed in production for nearly two decades making the SL one of Mercedes longest running models. A production run that long speaks volumes about quality. There is a lot of engineering in a classic SL but all of it is simple engineering which most people are more than able to cope with. Despite being a Merc, classic Mercedes SL parts can be had easily and cheaply if want to go outside of the dealer network. Overall, a classic Mercedes SL is cheap to run and easy to maintain. And best of all the Mercedes SLs amazing stamina means it will last you a long, long time. Whichever one you’ll buy, you’ll love it. Do it now.