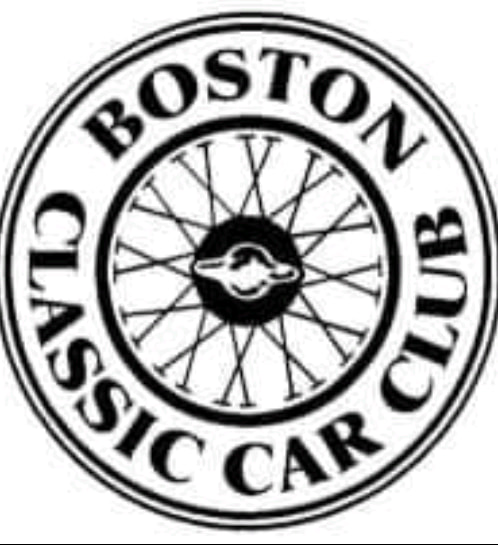 Back in 1981 Boston man John Simpson bought a 1966 Sunbeam Alpine which was ripe for restoration. He joined the Sunbeam Alpine Owners Club shortly afterwards, which was a well-established club in the UK, as well as the Boston Motorcycle and Light Car Club. However, it soon became clear that there was little activity from the SAOC around the Boston area which became a source of frustration for John. So he met up with fellow classic car enthusiasts in the area and together they organised a classic car show within the Boston Downtown shopping complex. This proved to be very successful with 90-100 owners attending to show their cars and the public arriving in significant numbers.

Because of this good level of interest in classic cars generally and amongst owners of older vehicles in particular John, together with a small nucleus of fellow classic car enthusiasts, formed a classic car section within the BM&LCC and organised several events including shows, road runs, etc. raising significant income for the club.

Unfortunately there seemed little likelihood of furthering the interests of classic car owners within the Motorcycle and Light Car Club so it was decided that an exploratory advertisement would be placed in the Lincolnshire Standard. The response was encouraging so a get together was organised at which a dozen enthusiasts attended. From that small beginning in 1990 the Boston Classic Car Club was born, with John Simpson becoming member number 01 (and subsequently President of the Club) and today boasts a membership of over 270 members.

From the outset the aims of the Club have been to promote the restoration, use and enjoyment of classic cars by like-minded people and to encourage members to meet socially at other events as well as those associated with classic cars.

Today, there is a very wide range of cars within the Club from those designed and manufactured in the 1920’s through to the early 2000’s. Not all are in pristine condition but all are cherished and loved. Several members are extremely keen and the rewards for their efforts are borne out by the number of trophies won each year at local shows around the country and often also, national events.

Summer of 1991 saw members attending, for the first time as a Club, the ‘Popular Classics Magazine’ Show in Peterborough and winning the award for ‘Best Club Stand’ at the first attempt! This initial success set the standard for future events…

Also in 1991 the Club organised its first, very successful, classic car show in a large playing field in Wrangle. After some years the popularity of the show saw a move to Graves Park at Kirton and in 2020, another move to May’s Field, Hubbert’s Bridge which is larger, can accommodate public parking and also offers a more family-friendly environment.

The Club holds regular social events with meetings held at the Graves Park Social Club, Skeldyke Road, Kirton (just off the A16) every third Tuesday in the month. Guest speakers, quizzes, video presentations, etc. are the norm for these evenings which are also often supplemented by refreshments arranged by members.

Many summer weekends are taken up with attendance at local events throughout Lincolnshire and further afield, and there are also a number of events organised each year at which the Club is asked to provide a display. In summary, the Club Committee try to arrange events to suit the variety of tastes of most members and the enthusiastic response within the club suggests that it has been, and continues to be very successful.

Every month the Club publishes and sends out free to members the ‘Boston Classic News’, its own excellent, full colour magazine which includes details of future events, articles on classic cars and other subjects of interest to members, a market place of items for sale or wanted and occasional light-hearted quizzes.

It is with considerable pride that we can report that, over the years a total of nearly £29,000 has been raised for local charities. This has been achieved through raffles at most events, ‘in-Club’ auctions, donations and also through the annual show.

The continuing success of the Boston Classic Car Club arises simply from the hard work of the Chairman and Committee and the enthusiasm of its members. Our aim is to recruit many more new members including from the younger generation and to encourage ownership of all classic vehicles. To this end a start has been made by inviting owners of cars produced in the early 2000’s and the introduction of an award for the ‘Best Young Enthusiast’ at our 30th annual show (14th August 2022).

The club welcomes new members so if you would like to join an active and enthusiastic group of classic car and vehicle owners please contact the Membership Secretary, Keith Wright, 01205 290818/07740 280651, keithalanwright@gmail.com who would be delighted to provide you with further details.