Jake the Mini – The One That Got Away

Portfolio Jake the Mini – The One That Got Away

First published on www.Hagerty.co.uk / written by Charlotte Vowden in discussion with Crabbers

I do believe, and I don’t know why, that Jake is out there somewhere, waiting for us to be reunited. I can just feel it in my waters. The last time I saw him he was orange with a pea green boot, but it doesn’t matter what state he’s in now, I’d have him back in an instant. Jake was my first car; he is the little Mini that I loved.I say this in a really loving way, but Jake was crap. I don’t think I paid more than a couple of hundred quid for him and I probably made him even crapper by sticking go faster stripes on him. They might have been a bit wriggly, but they were better than the job me and my then-boyfriend made of stripping the paint off his MkII Cortina. We spent a weekend in the garage taking it down to bare metal using Nitromors. If you’re into cars, that’s the sort of activity that really says the romance isn’t dead.
I can’t believe I’m going to admit to this, but Jake had fluffy dice and furry seat covers, in tiger print, to match his orange loveliness. I had him in the nineties when I was really into the Stray Cats, so I had short hair and wore winkle pickers with a flash of tiger print suede to match. We were sexy as.

Jake was a 1975 998cc Mini and he got me everywhere; I would say he was well-used but not abused. I’m a Hull girl, so when I wasn’t using him to get to work as a florist, we would drive up the east coast to Scarborough, Bridlington and Robin Hood’s Bay – where I once had a bit of a failure trying to drive him back up the hill. I wasn’t a fatty by any means but Jake was struggling with two passengers on board so my boyfriend had to get out and push. It was a laugh, and it was slow going, but we got there in the end.

Jake might have been a means of getting from A to B, but I thought I looked cool driving him. Looking back, I probably didn’t look cool at all, but going against the grain is what I did best. Compared to all my mates who had Capris and fancy-pants cars, we might have been a bit rubbish, but I loved him.

Later on in our life together Jake got a little wrecked when a woman ploughed into the backside of us at a roundabout. I took myself off to the scrap yard and found a new boot lid – in pea green. Against the orange, it didn’t look that smart – in fact it looked pretty disgusting – but it did the job, and over time I grew to really like it.

I never got round to getting it resprayed, so ran him round like that until I had to move him on, and the reason for that is because my ex-husband hated it. He refused to be in it and said we needed a better car. I gave Jake away to somebody that I knew who would love him as much as I did.

I went on to call my cat Jake, I’d always liked the name. He was ginger and funnily enough also had a dodgy backend because he lost his tail in a car accident. Jake the cat is no longer with us, he went a long time ago, but flippin ‘eck, come to think of it, maybe he was Jake the Mini reincarnated!

When I was growing up I spent a lot of time with my dad, who was a trucker, being dragged around scrap yards looking for parts for the family Maxi – that’s obviously where my love for British Leyland rubbish comes from. He also fixed washing machines for Hoover so I learned a lot about fixing stuff on the road side, and in the house. If you need a washing machine fixing I’m your girl.

I wasn’t really into cars until Jake; I didn’t pass my driving test until I was 20. I’m a motorbike girl at heart, but I haven’t ridden for 22 years now – since I had my son. Kids and bikes don’t mix, you can’t nip to the shops on a Kawasaki 750 with a baby strapped to the front of you, but it’s something I will go back to. I’d love a [Yamaha] RD350LC because when I was young I picked my boyfriends according to what bike they had; and I was always hanging off the back of an RD. They were good times, and it didn’t really matter if they were ugly because they’d have a helmet on.

Jake must be out there somewhere; I’ve looked online and the last registration document was issued in 1999. He’s not taxed, so he’s obviously off the road, but I don’t think he’s ended his life in a scrap yard. If anybody reading this recognises his registration, KAG 37N, and thinks, ‘isn’t that the one sitting in the bottom of the garden under that bush?’, I’ll buy him back please, thank you very much.

I’d probably take him to Robin Hood’s Bay just to see if we could get up the hill, and of course I’d have to ring the ex-boyfriend to see if he fancies the drive! Jake and I could go for fish and chips on the seafront – that’d be so ace – and if he’s been painted a classic Mini colour, I’ll 100% revert him back to orange and get him some new tiger print seat covers. Furry ones of course.

The One That Got Away: “Jake”, Sarah Crabtree’s ginger Mini 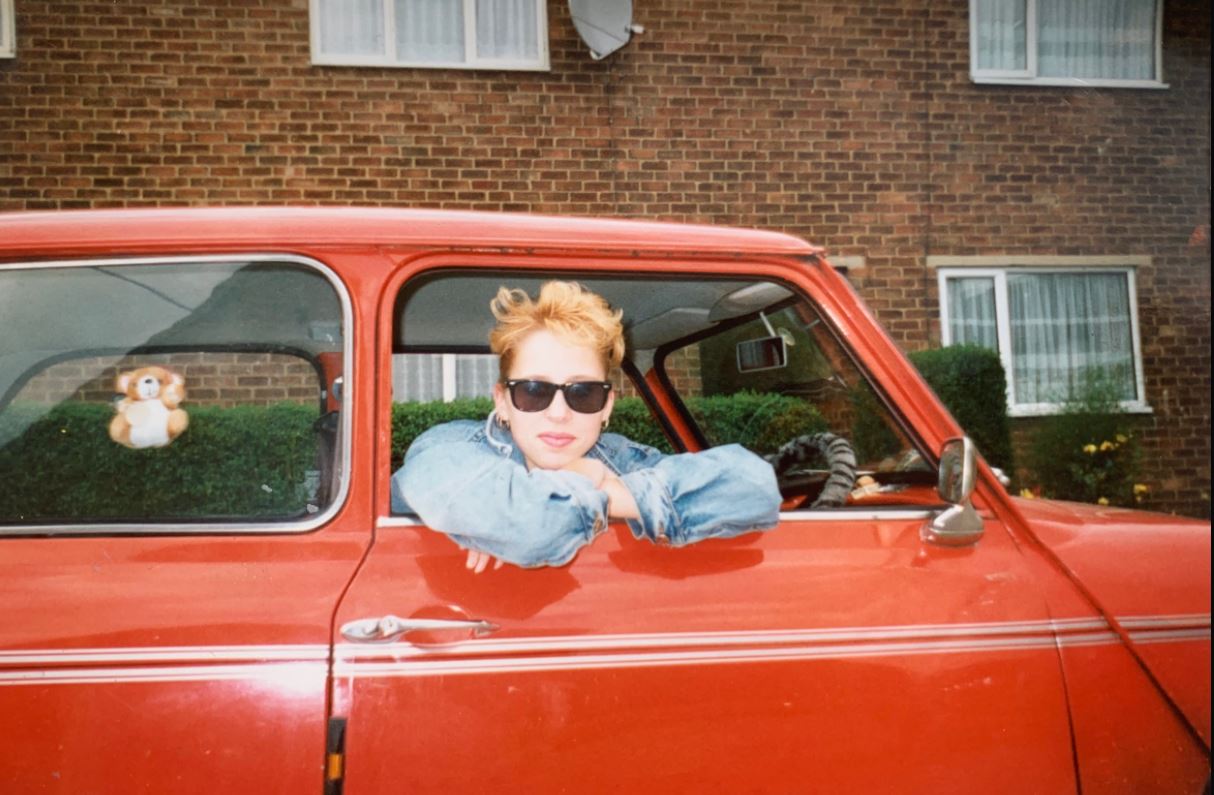