My fascination with Classic Porsche’s started at an early age. In the early 70’s as a teenager my then brother-in-law owned a 1965 Ruby Red 356 SC Ruby Red coupe and I was enthralled. For my senior prom I convinced him to rent it to me for the evening and I was hooked!

Not too long after that I jumped in with both feet by buying a 1968 912 series coupe. I used every dollar at my disposal to buy it against my fathers warning and sure enough within 6 months the transmission failed and I got a loan from my parents to get me back on the road. A few years later I was able to sell that and buy an early “Outlaw”, which was a lowered 1964 SC with nerf bars, fuch’s alloys, brush exhaust and speedster trim! I have a picture of me driving it through turn 5 at the Road America coupe in Wisconsin at a club outing.

Now retired I enjoy regular club activities with our club 356 Group Northwest. At a gathering in Portland last fall at least 50 356 cars showed up!

The car is a great driver and was repainted in the 80’s back to it’s COA Ruby Red. One owner put in tan leather interior and a period correct Nardi steering wheel.

From everything I can find the car was originally from Southern California. 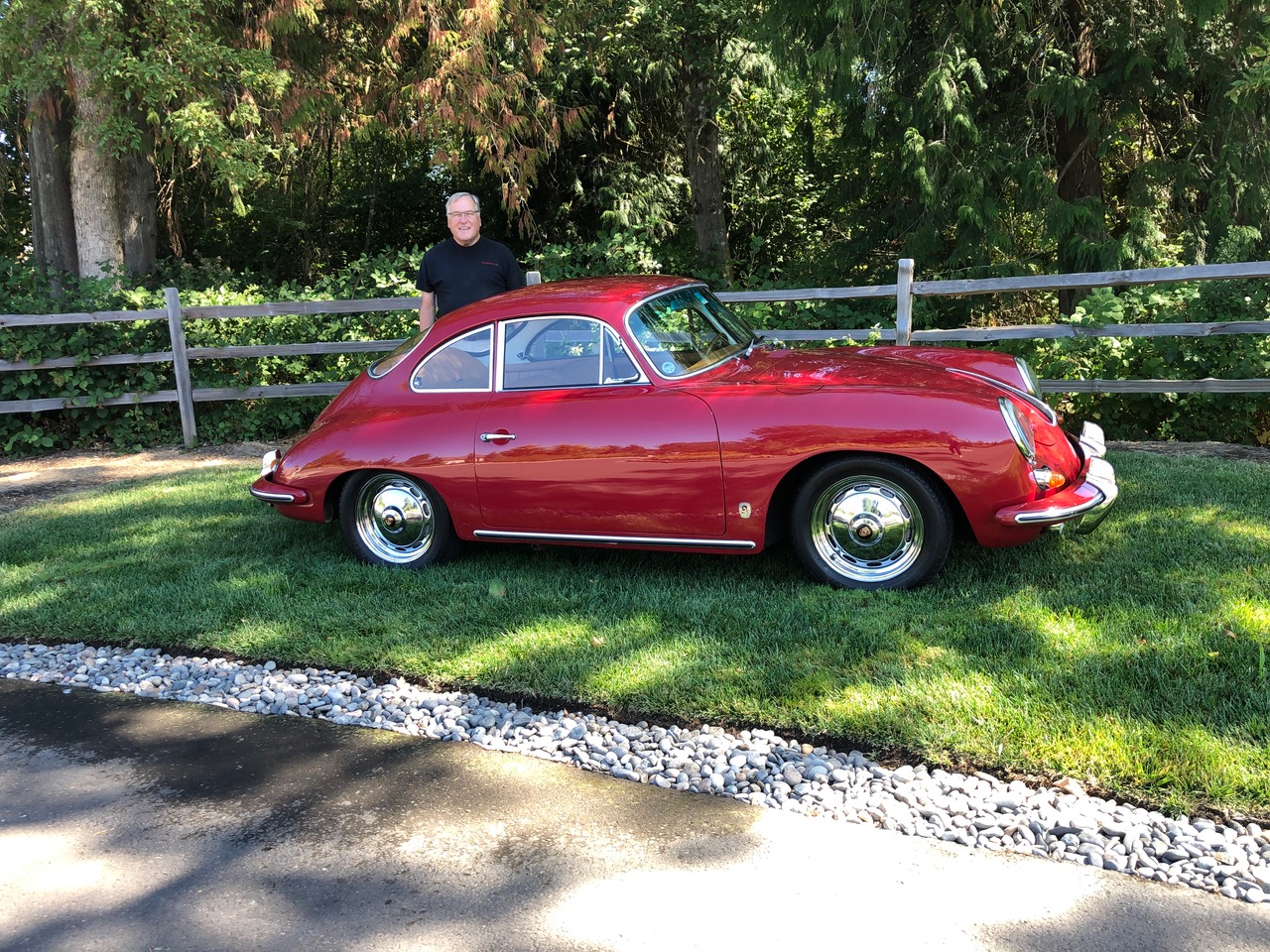