Old Ford Rally, a collection of Capris and Rootes Heritage

If you’re a fan of Blue Ovals, then you really need to get yourself to Gaydon this weekend for the Old Ford Rally!

The British Motor Museum is hosting the rally which promises to feature a plethora of pre-1995 Fords, with Anglias, Escorts and Cortinas sure to be in abundance. 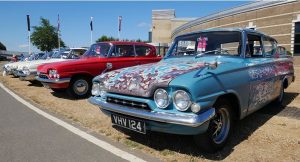 The star of the weekend though will be the mighty Capri. I’ll be joining my pals on the Capri 280 Group stand as they celebrate the model’s 35th year, they aim to have the largest gathering of 280’s since production ended in 1987

Taking place alongside the Old Ford Rally, the Rootes Archive Centre Trust will be holding their first ever Rootes Heritage Day, celebrating all kinds of Rootes classics, from earlier Hillmans, Humbers, Sunbeams and Singers to the later Chryslers, Simcas and Talbots.

On Sunday 17th  July ticket holders will also be able to enjoy both the Old Ford and Rootes shows as well as entry to the Museum, all with the one ticket, bonus!

The forecast says it’s going to be a scorcher and I reckon the sight of all that lovely metal is definitely going to raise the temperature furthermore, so come prepared. 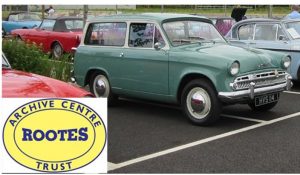 Well we started today’s email talking about Capris, so let’s end it with an update on the gorgeous one-owner, low mileage white 1987 Ford Capri 2.8i Special that went live yesterday.

We expected that this much loved and very well looked after Capri would be popular and boy it is! The bidding currently stands at £20,000.

And, you lucky lot, if you miss out on the White Capri, don’t be glum, we’re lucky enough to have another lovely 1987 Capri 2.8i Special, this time in Grey, up for grabs too!

We’re also staying in the ‘80s – what a decade – with these current auctions:

Have a great weekend in the sunshine,

Have a very Merry one!