Thirty under 30 and an IOW extravaganza

It’s great to see so many entries rolling in for our Evoke Classics 2023 Calendar. If you haven’t submitted your photo yet, don’t worry, you have until the 30th September.

We will be choosing eleven winners, so if you think your classic is cool enough to feature, go grab your camera and get snapping! But first, please contact us at team@evoke-classics.com so that we can send you some information and our terms for entry.

Thirty under 30 at the Concours of Elegance

The Concours of Elegance takes place at Hampton Court Palace this weekend and I’m thrilled to see that the show has a new event specifically aimed at the next generation of enthusiasts.

Thirty Under 30 is an inclusive event for anyone under the age of 30 that owns a car from 1900 to 1999 and has been created to support and shine a light on the future of our motoring passions. It’s great to see these larger events encouraging youngsters at last…bravo! 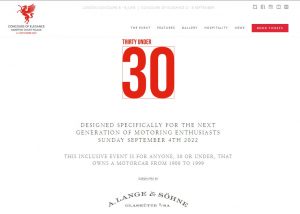 Imagine over 700 classic vehicles parked along a picturesque promenade…sounds lovely doesn’t it?

Well, this weekend’s Classic Car Extravaganza on the Isle of Wight promises just that as hundreds of cars and motorcycles will gather along Rye Esplanade on the 3rd & 4th September.

I’ll be taking a hop, skip and a jump over the Solent to join the festivities in Ryde as they celebrate their 21st year. I’m ferry, ferry excited…😉

All proceeds from the event will go to support local charities too, so it’s a win-win. 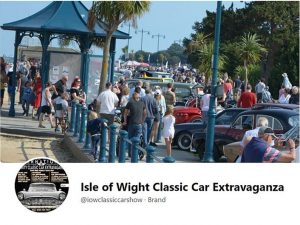 We’ve added loads of new lots over the last week with a plethora of two-wheeled beauties coming up for auction soon too. So don’t miss out, get your skates on to catch these auctions that end on Monday and Tuesday:

To see all of the live and upcoming lots, please click HERE

Have a good one!

Have a very Merry one!