Classics supporting Charity: “Being There”

Portfolio Classics supporting Charity: “Being There”

My 1987 Saab 9000SE 2.0 Turbo Automatic. Malachite Green  with dark grey leather upholstery, bought with 173k on clock in 2019, 183k miles currently. A full service history & MOTs came with the car, which I have added to as this is an original, having been purchased and used on Guernsey for the first 10 years of its life, before arriving in England.

It appears to date that I am the 5th Owner and the car has had 4 different registrations as previous owners have personalised the car’s plates and then retained them. According to howmanyleft.com apparently there are only 2 left, and the other is perhaps has a 2.3engine but not sure as it could be SORN.

Mine is the only one confirmed on the road. Sadly no other survive on the road, there maybe the odd one rusting away somewhere.

The real Walnut dashboard, central tunnel and door cappings by Burwood Limited of London was designed and fitted to a standard 9000 Turbo taking 32 man hours per car in 1987/88.

The leather is from the Bridge of Weir which was standard in Rolls Royce & Bentleys of the time. Initially only 250 were ordered but eventually 750 in total were made.

First job was to pass it to the SAAB ‘Guru’, Tommy Butler of TR Autos in Yeovil who completely sorted the engine including new turbo, head reskimmed, valves reground, Air conditioning made to function again, brake callipers, discs & pads and brake hoses replaced, and a full service. The tyres were replaced with period correct Michelins and the Alloys refurbished at this time. The car’s bodywork was re- painted and restored later using additional parts and a new windscreen was fitted.

Since then shock absorbers, springs, polybushes have been fitted and front seats removed and rebuilt.  All the woodwork has been refreshed. A new headlining material was acquired and fitted, as was a  new stainless steel exhaust system.

It has attended many Classic Car Shows around the Country and Internationally. Its first continental event was the International SAAB meeting in Holland in2019. More recently a Driving Tour of northern Spain was completed without trouble and often at high speed on fast motorways and twisting mountain roads in October 2021.

Planned journeys for 2022 include travelling to Sweden via Holland, Germany & Denmark for the 75th Anniversary of SAAB in June, followed by SAABFest 2022 in Somerset in July. Then to the international INTSAAB in Luxembourg  via France & Belgium in August. COVID restrictions permitting.

Having refreshed the car for usable day to day driving, as with many Classic car Owners who love driving their vehicles, the question arises how often and where?

I looked on social media and discovered that a local charity Being There operated in the Manchester area for folk with life threatening conditions and needed volunteer drivers.  I applied and after filling in and passing the Disclosure & Barring Service Form and receiving my Certificate, submitting copies of my Vehicle Tax & MOT and informing my Insurance Company, and assuring them of my and my vehicle’s health and ability! I was then accepted and it was then followed by training and personal assessment before commencing.

What has followed since has been an enlightening experience. The volunteer driving aspect of the Being There’s services, of which there are many others, provides transport from a patient’s home to Hospital and waiting to drive them back home again, replacing the much overworked Ambulance Collection Service,  expensive Taxis and often inaccessible and often unreliable public transport with a free service.

Given the conditions of the patients, the Charity ensures all necessary protective equipment is supplied particularly now that the valuable service has been able to restart having stopped during the Covid lockdown.  In three years I have been constantly surprised by the positive attitudes of folk far worse off than myself and enjoyed their comments about the car.

The SAAB has proved very suitable for the requirements of the job, particularly the heated leather seats which have proved a boon for comfort of the patient following often painful procedures. The large hatchback allows easy access for a folding wheelchair or walking frame. The large back seats are much commented on by family members who often accompany the patient.

There will be those who want to know, so yes we receive reimbursement for expenses incurred limited to 45p per mile, which is not taxable and completely legal.

I can commend this use of one’s classic car, whilst accepting is not for everybody, either by the design of the car, limiting it’s mileage, location etc but where and if you can – check it out. 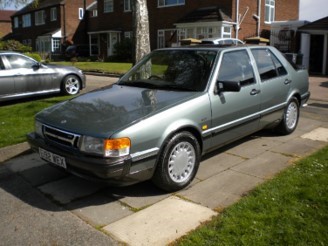 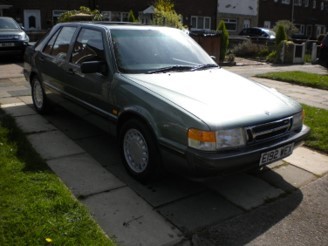 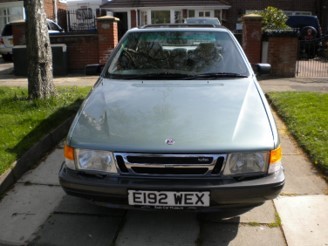