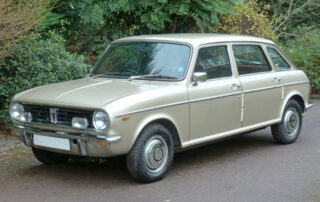 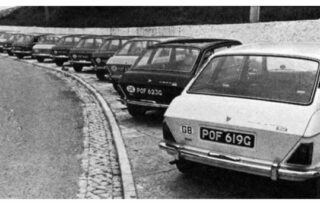 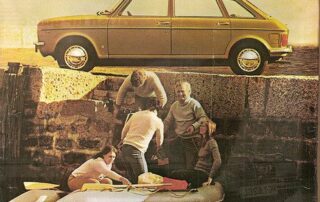 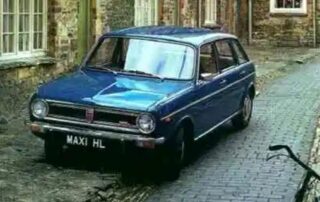 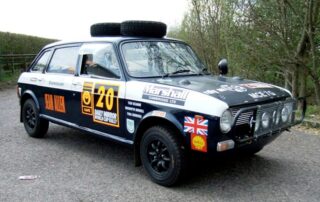 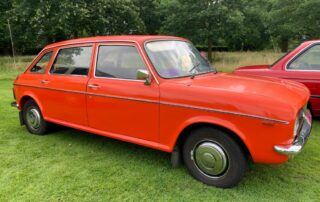 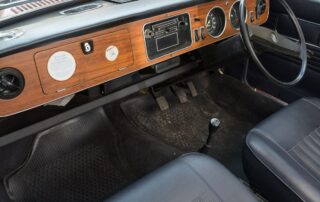 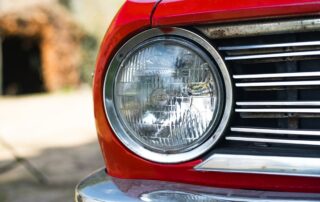 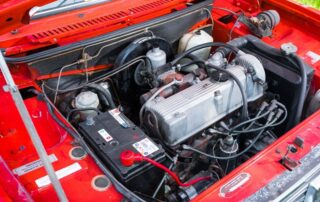 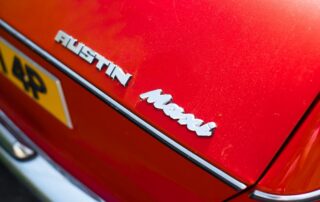 My Dad had an Austin Maxi. Now I know I said I didn’t want one...but let's be honest, of course I do. In fact, it's worth buying one just to join the fabulous Maxi Owners Club

The Austin Maxi is often unfairly maligned classic car, very unfairly we think. #Slanderous. The marvellous Maxi introduced a series of pioneering firsts that have lasted to this day. The classic Austin Maxi also signalled the end of one era of classic British motor car production and the start of another. For these alone it should be very highly regarded. Maybe even put on a pedestal.

The Austin Maxi began development in the mid 60’s at a time when the British Motor Company (BMC) found itself at a crossroads (not the TV series). BMC’s small cars, such as the Mini, were world beaters. The bigger cars, were so long in the tooth they should have been called BMC Walrus Gen II. In it’s hour of need, the Company called on the only man who could save them. Take one step forward Mr Alec Issigonis. Headed by the genius Issy (to his mates) the design team devised a beautiful car with a number of firsts. To kick-off was the all new 1,500cc OHC engine with an integrated gearbox. A five-speed gearbox as standard, fluid suspension and a trailblazing rear hatchback. It was also the last car to be built by the BMC and the very first car to be produced by the newly formed British Leyland. What. Could. Go. Wrong.

Everyone loved the design, but the bean counters wanted to meddle. Their meddling included raiding the parts bin of the old BMC – fitting the doors from the previous BMC 1800 and Austin Maxi 3 litre. This meant stretching the original design brief. The result was a delay in production and increased costs. The new head of the new BL, Lord Stokes, knew BL’s first car had to be right so he got involved as well. This corporate blanket thrown over the Austin Maxi meant the launch was pushed back yet again. Then in a panic move the Austin Maxi was clumsily launched in 1969. Instead of being a launch of an original new car the brilliant new Austin Maxi was plagued with niggles. The innovative cable operated gear change needed constant attention. The interior was crap. The advanced 1,500cc OHC engine was so gutless it was only good going downhill. The first few months of the Austin Maxi’s life marked it out as being an unreliable crap car. That reputation stuck, like sticky things often do when they come into close contact with a blanket.

Frustratingly, underneath that botched launch was a bright, vivid, lively little car struggling to get out. Luckily, behind the scenes, the designers, minus the bean counters, were working hard on a revamp which hit the showrooms late in 1970.

A beefier upgraded 1750cc engine was installed, interiors were updated and the gearbox cables were replaced with fixed rods that didn’t stretch like elastic in a cheap pair of M&S knickers. #ClassicCar #ClassicKnickers. The first five door, five speed hatchback, the wonderful Austin Maxi became a proper, proper car. The proof was in the pudding, sales took off and peaked at five million cars.

Nowadays they are a very over-looked classic. For the life of us we cannot understand why. They are practical, comfortable, the 1750 with twin SU’s is a very lively performer. An all-round delightful, loveable British classic car.

Is there a down side to the Austin Maxi? Not really in our view. The ballsed-up launch means you should avoid the very early ones. Like all classics, the ravages of the Great British weather can take its toll. But the Austin Maxi is a rugged, simple car so most of the corrosion is cosmetic, bottom of doors and wings etc. We don’t see many with serious structural issues like some classics. The 1,500cc engine is a bit gutless, so try and find a 1750 if you can. Apart from parts for the hydrogas suspension most parts are cheap and readily available. The engines go on for ever and ever.

What’s it like to own an Austin Maxi? Read more HERE

Despite British Leyland's best efforts to balls things up, the Austin Maxi was a great success. Between 1969 and its final year in 1980, it racked up five million sales. That is some going. Driving one is a great experience. Endearing is the word we’ve heard used a lot. You find yourself drawn in to this extremely competent classic car by its charm and warmth and sheer humbleness. It's not brash and braggy. It just is. And it does what it does to the max. Apparently, BMC were going to badge the car, the Austin 1500 #Boring. We’re pleased they badged it the Austin Maxi. It fits. Perfectly.