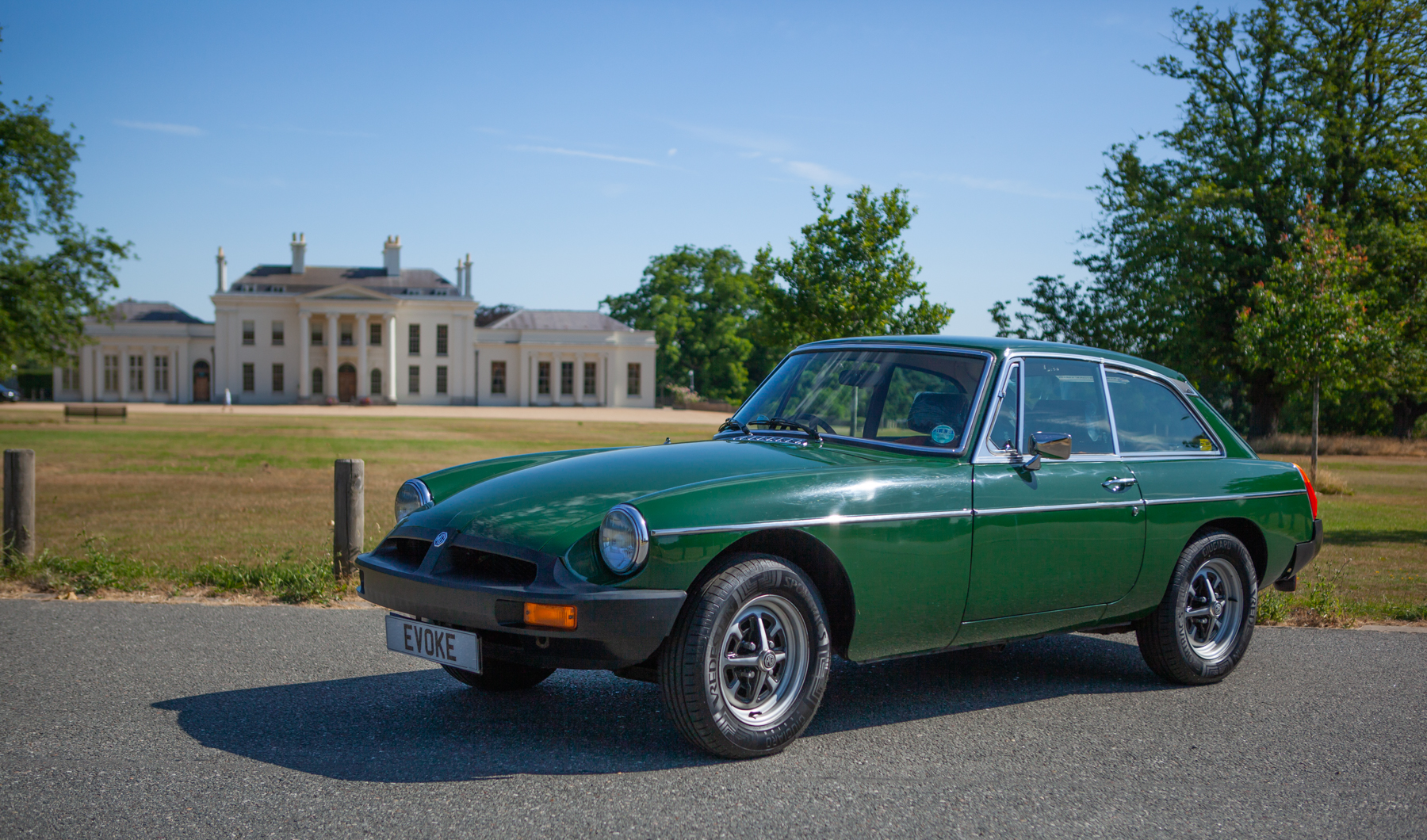 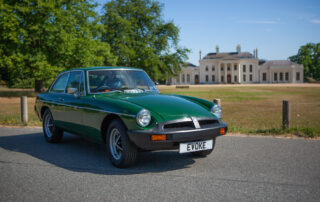 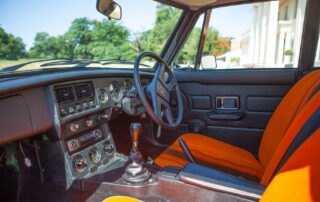 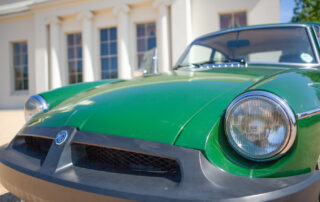 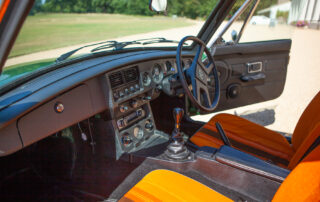 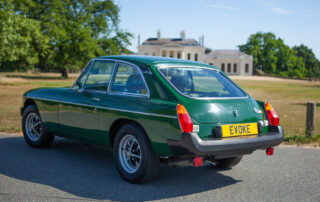 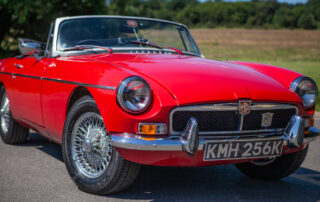 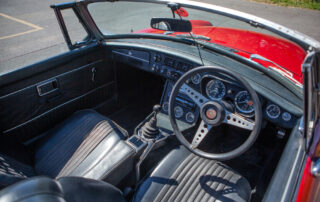 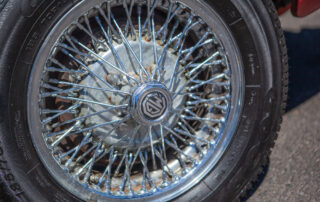 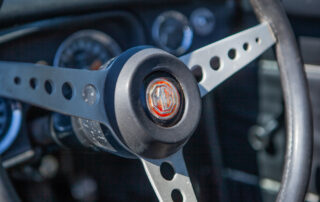 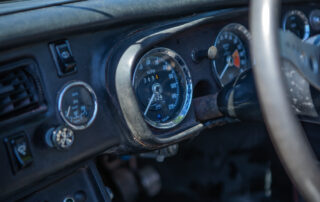 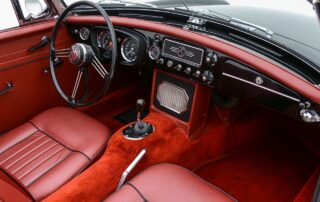 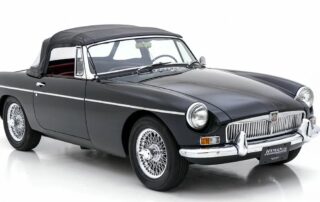 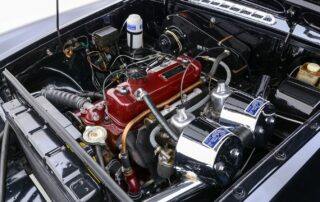 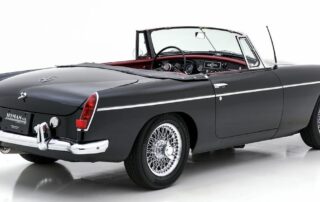 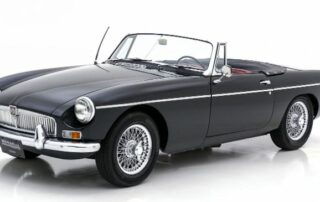 An MGB Roadster is affordable, fun and with plenty of spare parts available makes this a great starter classic car.

So, you’re pondering buying a classic MGB Roadster or GT. In our view that is a great shout. The B is the quintessential classic British sports car. It’s robust, easy to live with and a car you can use every day. Oh, we almost forgot, it’s probably the second-best bit of fun you can have with your clothes on.

Classic MGB, History in the Making

The British Motor Corporation (BMC) – what a great name – needed a replacement for the very popular MGA. Development on the MGB started in the late 50s. In 1962 the sleek, two-seater MGB Roadster was launched. It was joined in October 1965 by the Pininfarina styled two door coupe, the MGB GT. Essentially the same car, one with a convertible roof, one without. Both are lovely.

The construction of the body was by the standards at the time innovative. Instead of BMC’s usual approach of a solid ladder chassis with a separate body bolted on top, the boffins at BMC decided to integrate the whole structure into a monocoque all-in-one design. That rush of blood to the head was enough to be getting on with for the old boys at BMC. The running gear and engine were carried over from the previous and successful classic MGA. The brilliant B Series engine started back in the late 40s. All new body construction, good old fashioned engineering bits and bobs. It makes a great package.

Now we’ve got a brief idea of the humble origins of the B lets chat about the elephant in the room, or more like, in the B; corrosion. Yes. MGB’s do corrode. There. Boom. We’ve said it. Shock horror, classic cars from the 60s do corrode on contact with the British weather, who knew?!

Every (other) classic car review of the classic MGB Roadster will talk about corrosion as being the ‘Achilles heel’ of the B. Nonsense. Large sections of the body can be bought as new. Simple repair sections are cheap and readily available, you can even buy a whole new heritage body shell and bolt all your existing car to it if you want. Added to that there are numerous good quality repairers who can make a bit of rust disappear quicker that a squirt of Vanish can sort out a red wine stain on your best bit of clobber.

Deep breath. There. We’re done with the rust. What about the rest of the classic MGB?

Despite harking back to the late 1940s the four cylinder MGB roadster engine is a jewel. It is rugged, reliable and robust. Being so ancient it is a doddle to work on and with a little regular tinkering nothing much goes wrong. The best bit is the engine produces a unique rasp from the exhaust which will have you grinning enormously whenever your foot extends towards the floorpan. #GreatFun.

Good news on the suspension and gearbox, they are more modern; 1950’s. The gearboxes are all hardy units. The very earliest ones, which are quite rare didn’t have synchro’s on first and reverse, but don’t get vexed about that. The overdrive makes for a much nicer drive on longer runs so try and find one with O/D. The overdrive can be faulty at times. Very often it is as simple as a dirty electrical connection. Both the gearboxes and the O/D are reliable.

The suspension is good old fashioned king pins on the front – who remembers them – and leaf springs at the rear. The king pins need a drop of grease regularly and the odd bush wears out on the back. Nothing else to worry about to be honest. Given its very simplistic design the classic MGB’s road holding ability is remarkable making for a lively sporty drive.

Because there are so many B’s around covering different of models, a couple of engine variations, alongside the chrome v rubber argument we’ll say a bit about all those too.

The Classic MGB Roadster and the MGB GT

As we say above, essentially the MGB Roadster and the MGB GT are same car. One has a canvas lid the other a tin lid. Neither one is better than the other, in our view, both great classics you’ll get tonnes and tonnes of enjoyment from both.

The main engine is the 1800cc four cylinder unit. You cannot go wrong with it.

Between 1967 -1969 the BMC boffins decided it would be a wizard wheeze to fit a 2,900cc straight six into both the tin top and canvas top MGB and call it the MGC. The body needed tweaking in various places to cope with the six cylinder engine along with adaptations to the suspension and steering rack. Outwardly the only difference is a subtle bonnet bulge to cater for the larger SU’s on the six. The classic MGC divided opinion at the time and still does today. Some say the C is ‘nose heavy’ when cornering. We don’t really understand that to be honest, it’s not an F1 car that should get flung into corners with gay abandon. It’s a great classic car to be driven with love and care and enjoyment. Don’t listen to the nay sayers. The C is an attractive car and if you’d like the bit more oomph that the 150bhp straight six can supply then the C is a good option.

Talking of oomph, lets chat about the V8 which came along in 1973. It only ever came in tin top form, so no factory built convertibles, sadly. Although there are a number of conversions around, if you find one and want some advice, give us a shout. The factory built V8 GT was a 3,500cc unit borrowed from the Rover production line. In the classic V8 MGB GT it was mildly muted in output to around 140bhp. One of the many marvellous things about the V8 engine was its aluminium cylinder block and cylinder heads which meant the overall weight of the classic V8 was less then the 1,800cc four cylinder unit. The consequence of that being there were no more moans and groans from the F1 brigade about nose-heavy-nonsense. The production of the V8 MGB GT ended in 1976.

Changing the bumpers from chrome to rubber was the only significant design change the MGB Roadster endured. It was driven by US safety regulations in the mid-70s and was then formally adopted for all countries. Many enthusiastic enthusiasts saw the rubber bumpered MGB as the end of an era. It wasn’t, but it was a massive change to the classic British sports car. Even now, many years on there is a residual scepticism about the rubber bumper models, but to be honest a nice rubber bumper MGB looks rather smart in our opinion. But it’s your opinion that counts

What is an MGB Roadster like on the road? Very, very enjoyable. You almost drop in to the low cockpit and as you do, you’re faced with a gorgeous array of classic clocks, dials, knobs and switches. The B will fire quickly, rev a little then settle to a pleasant and distinctive burble. Engage first and you’ll notice how incredibly short the gear lever and movement is. By now you’re starting to the feel the sportiness of the classic MGB. Acceleration is brisk from a standing start in no time you’ll be grabbing second gear, keeping holding of the gear lever as the MGB encourages you along and you be pushing the gear lever up and over into third. Fourth gear with the overdrive is a nice place to be on faster roads, but between 30-50mph, you’ll just want to enjoy the sheer driving pleasure as the whole MGB package comes together and urges you along. It is classic British motoring at its finest.

Should you buy one? Yes. 100%. Everyone should have the experience of an MGB in their life.

Which one? We’ll that’s up to you. There are so many to choose from you’ll be spoilt for choice. If you’re still not sure when you get to point of pulling the trigger, give us a shout, we’re happy to talk through your options or go on to the Forum where they’ll be loads of people to chat to and ask for advice..

What's it like to own an MGB? Read more HERE