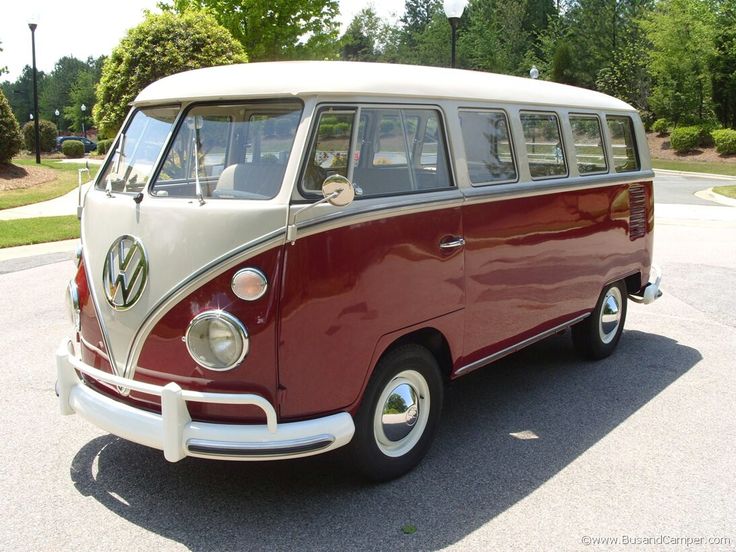 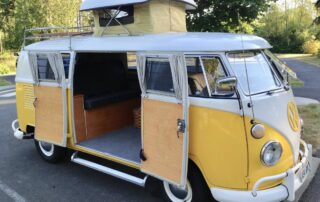 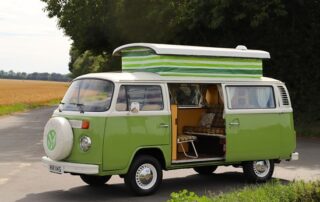 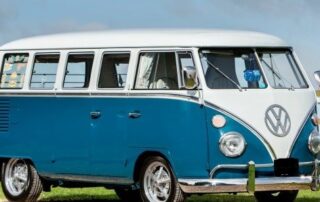 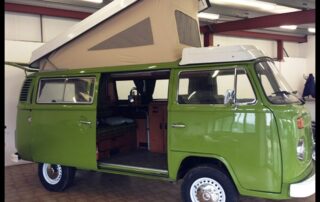 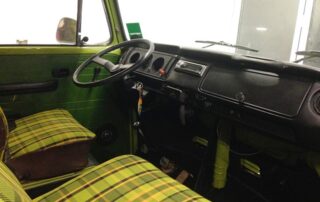 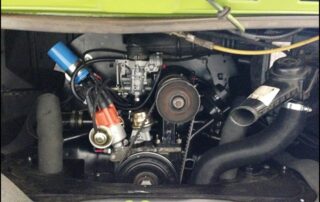 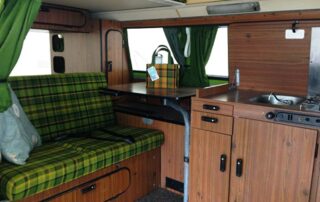 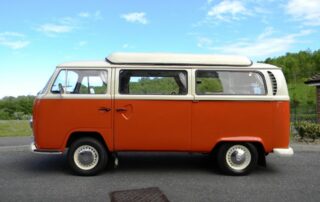 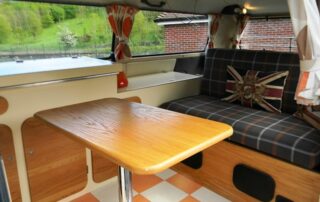 Got to love a camper van, and a classic VW Camper van certainly raises a smile. Everyone should own one at some point. And a surfboard.

We don’t need to tell you how cool a classic VW camper van is. Even a trip to the petrol station is an event, everywhere you go you will be greeted by smiling faces, nods and looks of admiration. The biggest question is, which one to buy.

The interweb is awash with an array of guides, reviews, overviews, opinion and goodness knows what else. If you read them all, you wouldn’t know whether you’re coming, going or even been.

The huge popularity has spawned so many variations of buses, then add to that the fact that VW turned out so many of them, you’re left with a confusing mix of what one is right for you.

The simple answer? Any of them to be honest. They are all brilliant. But that doesn’t help you much does it! We’ve pulled together this bluffers guide. It should see you alright.

Purists will tell you the classic VW camper van model started in 1950. Technically they are right. All those are museum pieces now. Forget them.

Next up, things got interesting in the late fifties and early sixties. Those are often referred to as split screens. It can all be a bit baffling as there are commercial vehicles, campers, kombis, different window combinations and all sorts. Don’t worry too much. But if you are after a specific vehicle from this era, give us a call and we’ll guide you.

However, in 1967, it all became a little clearer. The splitty gave way to what is known now as the bay window. Around ‘72/’73 body styles changed, different lights, bumpers, screens etc. About ’75 VW introduced some new engines, 1.7. 1.8 and 2.0 but the dependable 1.6 was still in production.

In conclusion, the main models run between 1967 – 1978 and they didn’t change that much from the basic design. Anoraks will talk endlessly about crinkle finish dashboards and hub caps and door handles…all ultra important, to them. Listen politely and move on! They are all good!

An early split won’t be ideal for long motorway hauls. It will be okay, you’ll just need to allow double the time of a modern car, but more time, more fun! Once you get where you’re heading it will happily potter and that is max fun. The later bay windows with bigger engines are preferable if you want to do mileage, but you’ll still need to be realistic. Both offer a great and unique classic VW Camper Van driving experience which will have you grinning all the way. Add that to the fact that everyone can pile in and enjoy the space and pace is a massive bonus. You won’t be disappointed driving a camper of any variation

Many people considering buying a classic VW Camper van worry about this. To be honest, we’ve never seen any evidence of worry changing anything, but let’s hit this issue head-on. All cars of that era corrode. This issue is how serious is it and how easily can it be sorted. The good news is there is a lot of good news. The simple construction makes for easy fixes. If you’re handy enough you can tackle even the trickiest bits yourself. If you’re not, the other good news is there are lot of very good specialists that can fix corrosion at very reasonable prices. Of course, if you buy a so-called project, all bets are off. Most projects start off with the best of intentions. If you’re not sure, give one of us a shout, we’re here to help.

The VW air cooled engines are near-on indestructible. Many of them are like Trigger’s broom! They do, and will, go on forever if properly looked after. That will mean doing things like changing the oil and cleaning the filter every 3,000 miles. Thankfully it is a half hour job easily done, if a bit messy until you get the hang of it. Oil leaks are common on all air-cooled engines. Don’t worry about oil misting and an odd smear. If it starts to drip a lot then it’s probably due a ‘seal-up’, which means engine, strip down and all the gaskets and rubbers renewed. A time-consuming job, not for the faint-hearted, but by a competent DIY mechanic over a winter lay-up.

Masses of blue smoke when running is not a good sign, don’t worry about a little bit when first started, that’s fine. The most common engine is the 1600. It can get a bit breathy when pushed or on a hill, don’t we all though! The bigger engines are better for longer hauls. More good news. There are numerous choices of simple air-cooled engine replacements with nice upgrades if you’re not too fussed about keeping originality.

Avoid the crazy conversions like Porsche and Subaru. They add nothing but cost and complication.

The good news keeps coming. Even the late seventies buses didn’t stray too much from the 1950s design, they are really very straightforward. There is nothing to get fazed about with the brakes, suspension or steering, other than the steering is indicative rather than precise and the brakes are more gradual deceleration than stopping distances. Seriously, after ten minutes behind the wheel you’ll adjust to the different pace and you’ll love it. Any wear & tear parts are readily available, cheap and easy to fit. The later models have disc brakes, but if set up properly the earlier drum brakes are fine and more fun…honest. A quick word of caution on the running gear. You may find some have been altered or lowered. Because of varying quality of the kits and the workmanship if you want a simple straightforward fun-bus ownership experience, avoid these. Ones that have been radically ‘slammed’, can have a tendency to collapse quicker than a bad wisdom tooth.

This can get complicated double quick. The original versions were mainly done by the likes of Danbury, Dormobile, Canterbury, Devon and Westfalia. All were very good. With the passage of time many more bespoke companies have sprung-up and of course people do their modifications as well.

The best place to start is by seeing what layout works best for you based on what type of fun you want from your bus. For instance a good fridge full of beer and wine might trump the option of tiny cooker you’ll never use (‘cos you’re too tipsy!). If you find the right bus, don’t be put off if the interior isn’t to your taste. Many owners find one of the numerous joys of ownership is making the inside of their classic VW Camper van their own. It is all relatively straightforward and most owners can have a go. #MoreFun

A classic VW camper van is a classic, classic. Fun, grin inducing, a practical, everyone wants to chat about piece of all round loveliness. Buy one. You won’t regret it, ever.