Festival of the Unexceptional and Sporting Bears update

It may have been extremely wet at CarFest North last weekend, but that certainly didn’t dampen the Sporting Bears spirits. We had a great time providing Dream Rides for all ages plus we raised a whopping £28,000 in the process. Win, win! 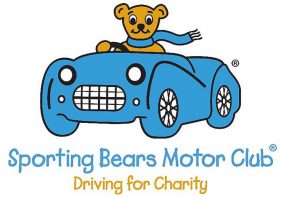 Festival of the Unexceptional

As you may know, I’m a huge fan of the underdogs of the classic world and proudly fly the flag for British Leyland. If you prefer something a bit bland, mundane and rather ordinary then this weekend’s Festival of the Unexceptional will be right up your street! Saturday 30th July will see a huge gathering of base-spec cars grace the lawns of Grimsthorpe Castle, Lincolnshire.

So if you love a Lada, rave over a Renault or go mushy at the sight of a Marina, get yourself there. And keep your eyes peeled for a basic brown Ital too 😉.

If you want to get a flavour of the day, my brother wrote an article after we attended last year’s Festival, have a read of it here.

Well, the auction on the one owner white Capri was amazing and it sold for £30,000 – congratulations to its new guv’nor.

Check out the bidding on some of these live lots:

You can check out all of our new lots including a Harley D, Mini Van, Ford Cortina Mk1 and a Chevy Bel Air on our Auctions page…

Keep cool and carry on…