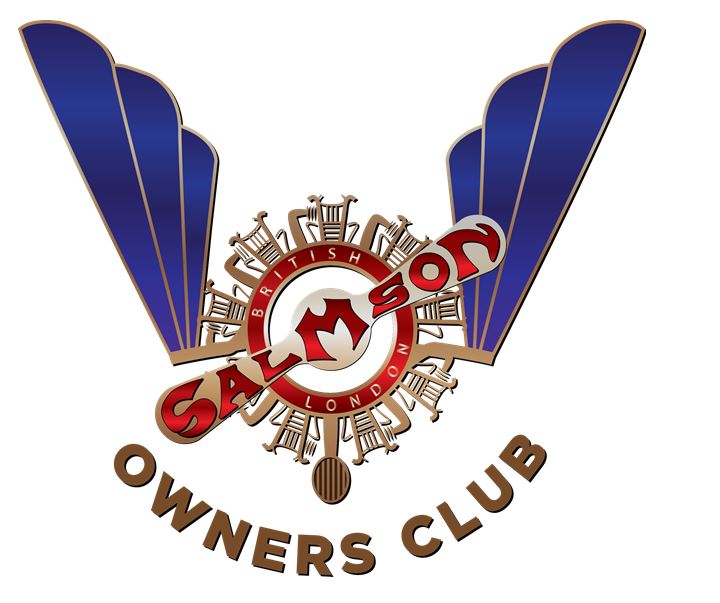 The British Salmson Owners Club (BSOC) caters for British Salmson cars, of which 300 were produced between 1934 and 1939, and French Salmsons. The Club was formed in the 1950s and has a wealth of technical information and a comprehensive selection of spares to help keep the cars on the road. A quality quarterly magazine running to 40 pages is published. Annual meetings are held in May where the emphasis is on driving the cars. In addition we aim to meet at events such as Prescott Hill Climb.

British Salmson Aero Engines Ltd was established at Raynes Park, London by the Martineau family because of their close association with the 1920s French Salmson cars (they raced them at Brooklands). It was a high precision engineering company that produced aircraft engines initially but later branched out in to car production. The cars were advanced for their time with double overhead camshafts, for example. Most of the cars were with 4 cylinder engines – the S4C with 1,466cc and the S4D with 1,597cc. Various coach builders were used (Corsica, Ranalah) to produce an attractive range of saloons and sports tourers. Twelve 6 cylinder cars were produced (S6C) with a 2,599cc engine.

Survival rate is good with around 20% of the cars remaining including eight of the 6 cylinder cars.

After the War the Company performed various engineering works, was involved with printing press production and produced the Cyclaid – a bolt on to your bicycle engine, The Company ceased in the 1960s.

Any one owning a British Salmson or Salmson car is welcome to join the Club as well as any person interested in either marque.